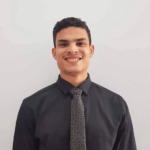 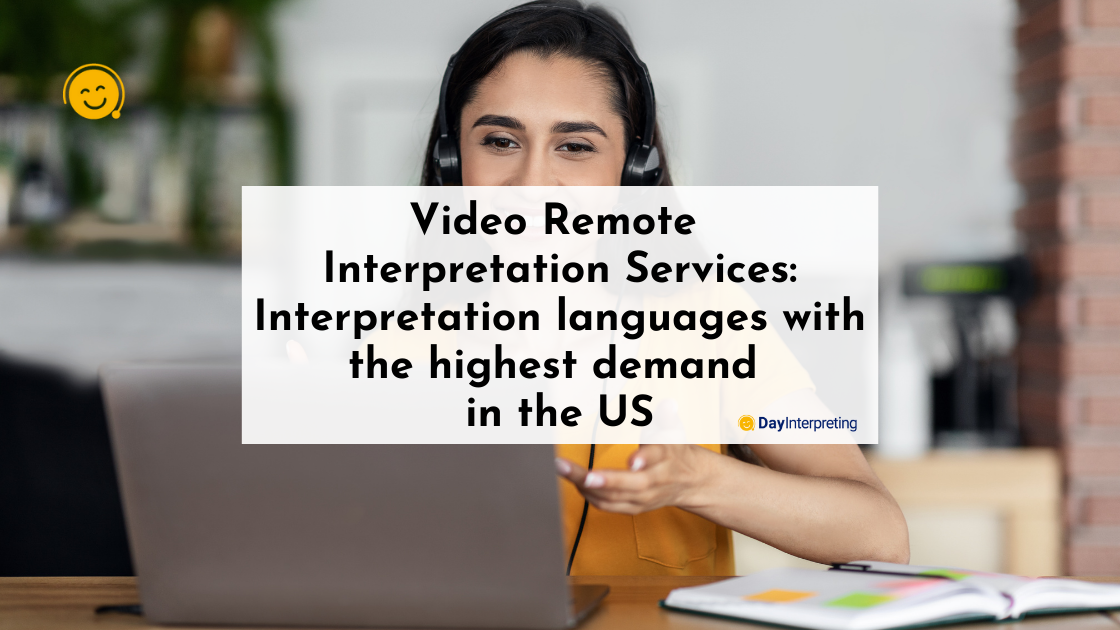 The interpretation and translation industry in the US is booming. Experts estimate job growth to increase by 24% between 2020 and 2030, much higher than the 8% national average. But with all the languages out there, which languages should you learn to increase your demand as a video remote interpreter? What are the interpretation languages with the highest demand?

Is it Chinese? What about French? Japanese? Portuguese?

The good news is we’ve done all the research for you, so you don’t have to guess.

Top 5 Interpretation Languages with the Highest Demand in the US

Spanish is the 2nd most spoken language globally, with roughly 471 million native speakers. The language is also the 2nd most studied worldwide and the 3rd most popular internet language behind English and Chinese.

Thirty-one countries consider Spanish an official language, with 18 of these are located in South America. And due to the United States’s proximity to South America and immigration trends, it’s no surprise that Spanish is the most in-demand interpretation language.

International business is also a significant driver of interpreting demand, with Mexico being the United States’s 2nd largest trading partner.

Right now, there are just shy of 42 million Spanish speakers in the US and 1,674 Spanish interpreting jobs available on Indeed.

More than 1.3 billion people speak some form of Chinese, which works out to roughly 15% of the entire world’s population!

The Chinese language has over 200 dialects, the most popular being Mandarin and Cantonese. Mandarin is widely spoken in mainland China and Taiwan, while Cantonese is favored in Hong Kong, Macau, and other southern parts of China.

Fun fact: Chinese and its dialects are considered one of the oldest languages still used today, with written proof dating back over 3,000 years.

Besides the sheer number of Chinese speakers, the country’s economic growth has also driven the need for skilled interpreters to facilitate international business between the US. In fact, China is the United States’s 3rd largest trading partner.

Right now, there are roughly 3.5 million Chinese speakers in the US and 250 Chinese interpreting jobs available on Indeed.

Arabic is the 5th most spoken language globally, with roughly 315 million speakers worldwide. There are also between 22 – 26 countries that consider Arabic an official language.

Like Chinese languages, Arabic as we know it is an ancient language that we can trace back over 1,500 years. However, variations of the language are likely to date back even further.

If you want to become an Arabic interpreter, Modern Standard Arabic is the dialect to learn as it’s what’s used in books, movies, and general conversation. But you can increase your demand by also learning Egyptian colloquial, which is a common dialect.

Right now, there are roughly 1.3 million Arabic speakers in the US and 199 Arabic interpreting jobs available on Indeed.

Right behind Arabic is Portuguese, the 6th most spoken language globally, with 232 million native speakers.

Portuguese is quite a widespread language with speakers all around the world. In fact, only 5% of Portuguese speakers live in Portugal. Instead, you can find speakers in African countries like Mozambique and Angola, South America, and Macau (China).

While there aren’t as many Portuguese speakers in the US as others on this list, the demand for remote interpreters is still strong. On top of this, interpreting opportunities will likely rise due to Portuguese’s growth rate as it’s the 2nd fastest-growing European language.

Right now, there are roughly 730,000 thousand Portuguese speakers in the US and 179 Portuguese interpreting jobs available on Indeed.

Korean is a unique language as it’s the largest language isolate globally. A language isolate refers to a language that doesn’t fit into a larger language family. For example, English is part of the Indo-European family while Korean stands alone.

Korea’s alphabet—Hangul—also adds to its uniqueness since it’s one of the youngest alphabets in the world. Linguists consider the alphabet to be one of the best designed in the world since it fits perfectly with the language.

On top of this, Koreans even have a national holiday to honor their language, celebrated in North and South Korea.

As a Korean interpreter, you must pay attention to the language’s complex honorific system. Many levels of respect are woven into the language, and, consequently, there are many verb endings and vocabulary that you need to use at certain times.

While not as widely spoken as other languages on this list, South Korea’s prosperous economy and the Korean-speaking US population make it an in-demand interpreting language.

Right now, there are just over 1 million Korean speakers in the US and 147 Korean interpreting jobs available on Indeed.

Looking for your next interpreting challenge?

In our global society, language interpreting has become a necessity for communication.

That’s why, at Day Translations, we’re proud to work with some of the world’s leading companies and organizations. But we can’t do it alone; we need language specialists who live and breathe interpreting and want to build a stellar career.

Are you ready to take your interpreting career to the next level?

Then head to our website and sign up as an interpreter today! We’d love to have you.