Top Translated and Interpreted Languages in the USA 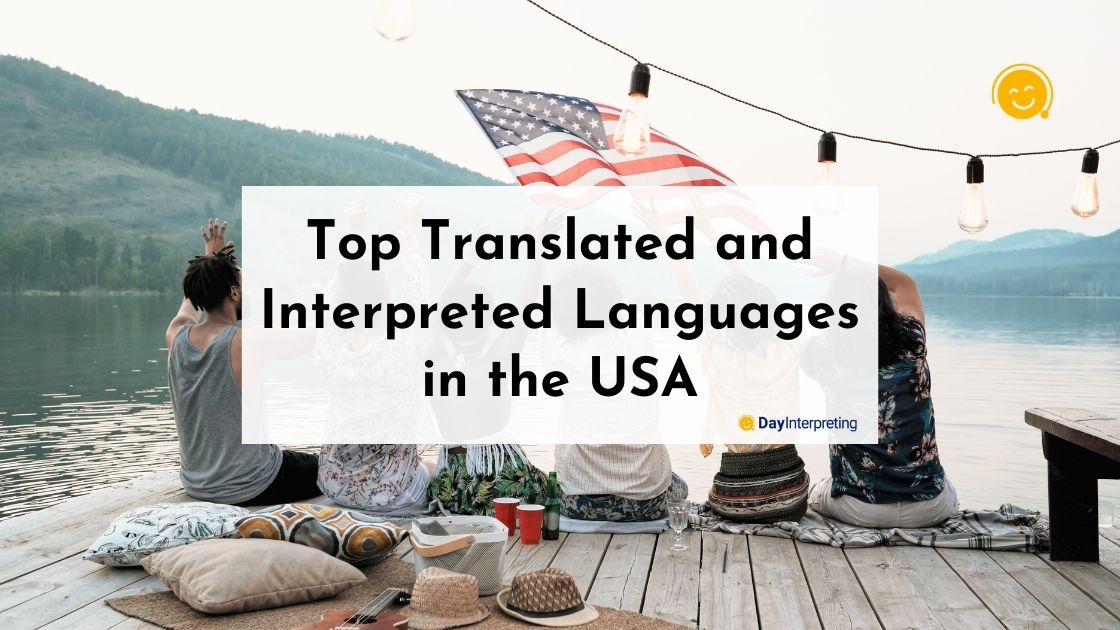 English is the most spoken language on the planet, with a total of 1.1 billion speakers. It’s also the first or second official language of more than 20 countries. But even so, there are still countless people that speak a language other than English as their primary tongue. So, what are the most translated and interpreted languages in the USA?

We all know that the United States is a fascinating melting pot of languages and cultures, but all this diversity can make present an obstacle when it comes to communication. Presenting barriers to businesses and individuals alike, the language barrier is complex, but thanks to professional language services, it can be overcome.

With more than 350 different languages being used in America, it’s important to understand the most in-demand languages in a bid to improve your communication efforts. With that being said, here’s a look at the top translated and interpreted languages in the USA!

Spanish is the second-most spoken language in America, with about 40.5 million native speakers in the U.S. alone. It’s also one of the most studied languages and has some 572 million speakers worldwide. The U.S. is home to an estimated 12 million bilingual Spanish speakers.

Spanish translation and interpretation services are essential for a business located near the U.S.-Mexico border. But many organizations employ Hispanic individuals because providing customers with language access in Spanish opens up a door to 40.5 million customers in the USA.

It’s estimated that Chinese is America’s third most spoken language, or to be more specific, a collection of languages since Chinese comprises many different dialects, including Mandarin.

Businesses that translate and have their content interpreted into a Chinese dialect have the opportunity to reach a potential 3 million native Chinese speakers in America. This is especially true for businesses that serve the California, New York, and Texas areas, which is where the majority of Chinese-speaking Americans reside.

As America’s fourth-most spoken language, there are more than a million French speakers in the USA. Just like Spanish, French was brought to the U.S. by French immigrants. French is also Canada’s co-official language, explaining why America’s neighbor is filled with French-speaking natives.

French translation and interpretation can help businesses create more compelling marketing materials and communications in the language for this demographic. And when your audience is able to understand your brand message better, they may be more receptive to it.

Did you know that the word “America” is rooted in the Italian language? It was named after Amerigo Vespucci, the explorer that discovered that North and South America were connected units of land that were not connected to Asia! But aside from the historical stats, Italian is America’s fifth-most spoken language and has just over a million speakers. Using professional language services to translate and interpret your brand message into Italian can help you reach another million potential customers in the USA.

Many people don’t know that German is the sixth-most spoken language in America. With just over a million speakers in the United States, German is an important language for a number of reasons. Its wide use on social media platforms is undoubtedly the most significant.

Many language services providers offer German translation and interpretation services in a bid to assist brands with reaching more customers. But just because it’s not within the top 5 most translated and interpreted languages in the USA doesn’t mean adopting German won’t have an impact on your future translations. As the language continues to grow in the U.S. year after year, German is an important language for companies to consider when planning their marketing and communication plan.

Heavily underrated, Japanese is widely spoken in America, possibly due to its close proximity and trade relations with the USA. It’s one of the only non-European languages in the top 15 languages requested for interpreting and translation as is spoken by some 1 million speakers in America.

One of the most important reasons to incorporate Japanese into your brand message is because English is spoken by just about two percent of people in Japan, reinforcing the significance of translation into the Japanese language.

Portuguese is spoken by about a million people living in the United States, and it’s also the second-most spoken language in Latin America, after Spanish. As more and more Latin Americans move to America, the language continues to grow in the U.S.

Using Professional Interpreting and Translation Services to Grow Your Business

Now that you know what the most translated and interpreted languages in the USA are, you’re equipped with the information you need to break through the language barrier and tap into more diverse market segments!

Here at Day Interpreting, we can help you stay on top of trends like the most important business languages. We offer industry-leading language services that can help you go above and beyond your business goals. Get in touch with us today to learn more about our range of interpreting solutions that can cater to just about any language!