The Most Amazing Interpreting Facts Everyone Needs to Know Right Now 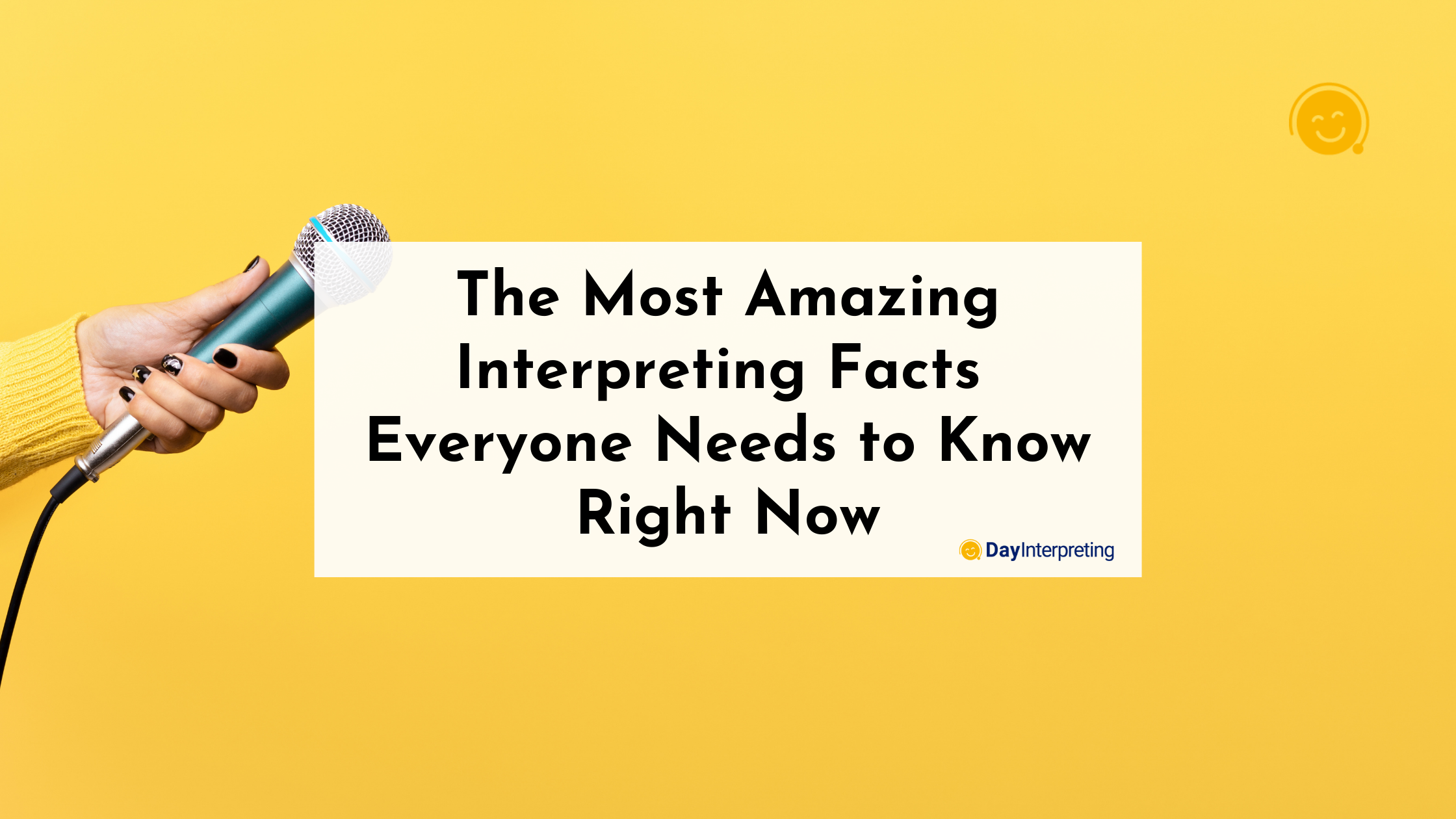 In our globalized world, the demand for language translation and interpretation is growing by the day. From medical to international business, professional language services will always be the bridge between the world’s fascinating array of cultures and languages.

Here’s a look at some of the most astonishing facts and stats about language interpreting!

There’s a Lot of Debate

Linguists have been debating about the topic for as long as language has been around, but it’s estimated that there are 6909 living languages in the world. Collectively, these languages account for 94% of the world’s population.

The United States Department of Labor estimates that the translation and interpretation industry will grow by a whopping 29% by 2024. The COVID-19 pandemic has already caused an explosion in demand for language services, and we can’t wait to see where the future takes this exciting industry!

Once Upon a Time, Interpreting and Slavery Went Hand in Hand

Many successful emperors understood the valuable power of language, and that’s why they imposed theirs when they conquered new lands. During the Ancient Greek and Roman Empire times, slaves were expected to master a wide range of languages to help nobility communicate!

Columbus’s voyage diaries paint a clear picture of how natives were kidnapped at a young age and used as language mediators. They were also used in negotiations and war and were deployed as key strategic players to help facilitate communication during colonial times.

Interpreters that specialize in simultaneous interpreting must be able to translate what they’ve heard in a loud voice while also listening to the following sentence that has to be interpreted. In most cases, these interpreters work from soundproof booths, juggling listening, translating, and talking at the same time.

Interpreters are there to help people that don’t speak the same languages communicate with each other. But aside from just translating between source and target languages, interpreters also have to interpret human behavior and emotions, not just spoken words. And this is where emotional intelligence comes into play.

Interpreting Is the Bridge Between Languages

Equipment has evolved, and the essential art of interpreting itself has become more and more complex. This ancient human activity has become a practice backed up by science and now has a detailed methodology of its own. Consecutive or simultaneous, video or telephonic, conference or private, there’s an interpreting service for any and every occasion! Now that you know a little more about the world of interpreting, feel free to check out the rest of our blog to learn even more about interpreting!