Sign Language Fun You Can’t Have in Spoken Language 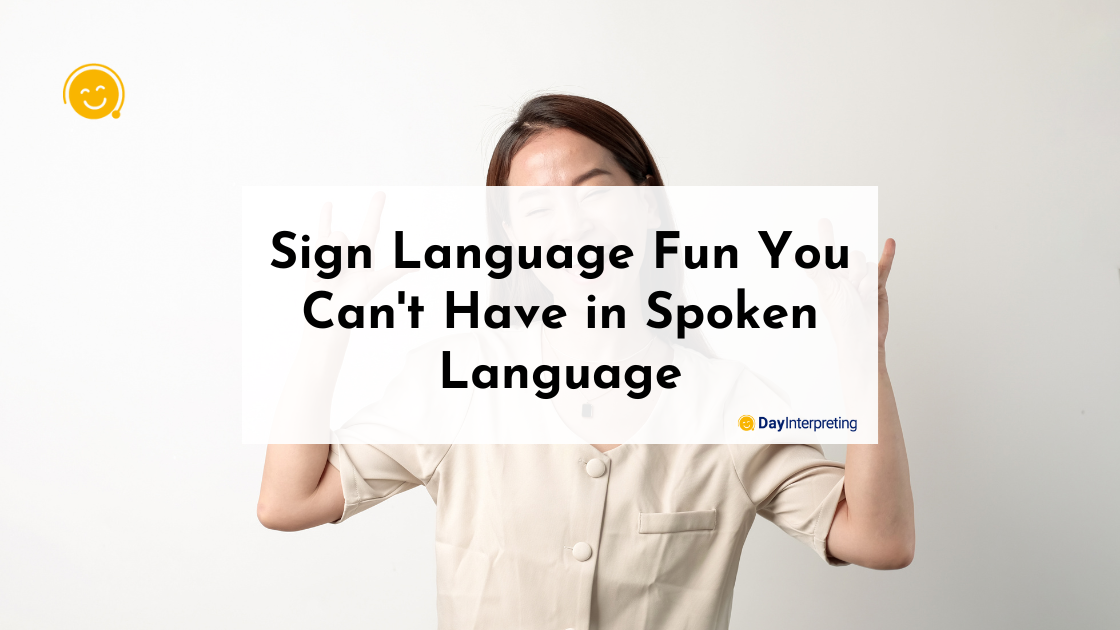 Did you know that sign language can express specific things that spoken languages cannot? Certain aspects of the deaf community may seem incomprehensible to those who can hear. But this culture possesses its own unique social life and characteristics, which make belonging to that community all the more enjoyable. In this post, we look at some unique sign language fun only available to those who can ‘read and speak’ sign!

Like any other language, sign language differs from country to country. For example, in the U.S., hearing-impaired individuals use American Sign Language. Around the world, approximately 300 sign languages exist. Besides the sign languages that are used within distinct linguistic groups, some sign languages are shared by various nationalities, although they are referred to by different names depending on the location in question.

While sign language may differ across geographical boundaries, there are still many commonalities that connect all sign languages and distinguish them from spoken languages. Consider this the next time you contemplate possibly learning sign language.

With sign language, you can easily converse with your friends even if you are in a place where there’s a huge crowd and normal talking is not possible, such as during concerts or in crowded bars and clubs where the noise can be deafening (no pun intended).

According to Sibaji Panda, researcher and course leader in the School of Language, Literature and International Studies at the University of Central Lancashire in Great Britain, deaf people who master sign language can easily become multilingual. Even if two deaf people who are in the same room do not share a language, they can often find a way to communicate with one another within a few hours. This is because, regardless of specific language categories, all sign language grammars share certain features, so that it is relatively simply for signers to figure out a way to converse.

Today, thanks to social media, International Sign (IS) is increasingly popular. Numerous deaf people use IS to participate in video calls, to attend international events and conferences for the deaf, or to facilitate travel abroad. IS is an artificial, or pidgin, sign language that is used internationally as an informal means to communicate when socializing or traveling.

Globally, the deaf and hearing-impaired are honored with the annual celebration of the International Week of the Deaf, spearheaded by the World Federation of the Deaf (WFD). This honorary week takes place during the last full week of September. Day Interpreting fully supports this initiative and does as much as possible to help spread awareness of the importance of Sign Language all throughout the year!

Although deafness is an impairment, it does not prevent people who cannot hear from achieving greatness and realizing their dreams. Hearing-impaired individuals have made major contributions to science, music, sports, and entertainment, and they include among their ranks Thomas Edison, Marlee Matlin, Ludwig van Beethoven, Helen Keller, Heather Whitestone (Miss America 1995), Curtis Pride, Gertrude Ederle, Linda Bove, Laurent Clerc, Lou Ferrigno, and Jim Kyte.