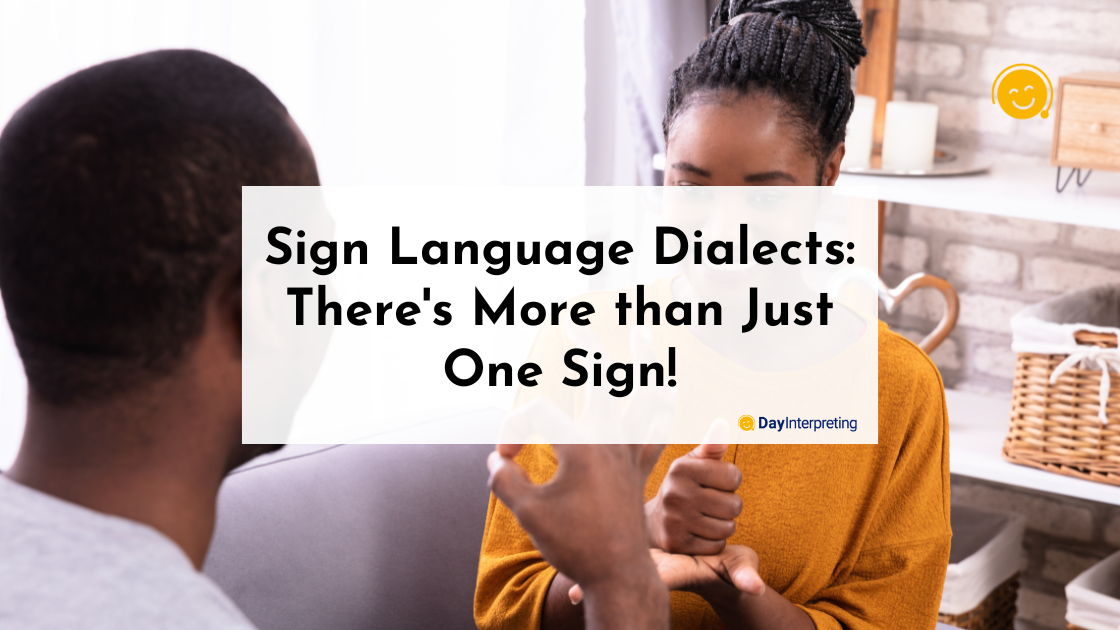 Did you know that there are a variety of different sign languages? That’s true! There are many sign language dialects and a plethora of dialects outside of the widely-known American Sign Language (ASL).

Did you know that there are 142 sign languages in use across the world? Sign language is a complex form of communication. It includes hand gestures, body language, and facial expressions to allow deaf individuals to communicate their thoughts and feelings. They also vary greatly depending on regions and cultures. Contrary to popular belief, sign language is not universal. And people that do not sign the same language can’t understand each other.

The problem with International Sign is that it has been criticized for drawing too much from European and North American sign languages. This has a negative impact on deaf and hard of hearing people from other parts of the globe.

Strictly speaking, International Sign may also not meet the requirements of being classed as a true language. It has been argued that this language is a complex pidgin, a simplified form of communication to facilitate conversations between groups of people that speak different languages.

That said, there is a lot of contact between spoken and sign language. Deaf people can read, write, and lipread in the surrounding language, which is reflected in sign language. Although English can be represented through fingerspelling or Signed Exact English, these are codes for spoken languages and not actual languages like sign language.

There are also many rules when it comes to well-formed sentences in sign language. For example, well-formed questions must have the right eyebrow position. When you’re asking a question related to who, what, where, when, and why, your eyebrows should be down. But when asking a yes or no question, the eyebrows must point up. Without using the right gestures, a sign language interpreter might have a “foreign” accent.

Each of the different sign languages has their own dialects, variants, and what might be considered accents. Some dialects include features derived from indigenous languages, while other dialects vary from one region to another.

Signs used by British Sign Language speakers in Scotland, for example, might not be understood by speakers of the “same” sign language in southern England. That said, here’s a look at some of the best-known variants of sign language:

Auslan has a Northern and Southern dialect, each using different signs for things like colors, animals, and days of the week. Grammatical structure is the same across both dialects, though, and this language is closely related to BSL, also using a two-handed alphabet.

You don’t necessarily need speech, reading, or listening skills to learn ASL since this manual language comprises ideas that are easy to understand. ASL is free-flowing and can be translated into spoken languages. It has its own syntax, grammar, and idioms and is signed in countries across the world.

BSL has a plethora of dialects that vary from one region to the other. British Sign Language uses a two-handed alphabet in contrast to ASL that uses a one-handed alphabet.

The signs used in CSL are visual representations of written Chinese characters, and like ASL, Chinese Sign Language uses a one-handed alphabet. Although there are many dialects of CSL, the Shanghai dialect is most commonly used.

JSL varies dramatically from most other sign languages because it uses mouthing to distinguish between signs and letters within the alphabet. JSL also relies heavily on fingerspelling and drawing Japanese characters in the air.

French Sign Language is widely used throughout France and Switzerland and was one of the first languages to be recognized and formalized as an actual language. LSF formed the basis for American Sign Language by mixing LSF and local signing.

Language informs and cultures form it. Even though certain languages like ASL, BSL, and LSF are widely spoken globally, each has its own dialects and accents that make them unique. You encounter many different Spanish dialects while traveling through each region of Spain. Similarly, sign languages are region-and-culture specific to facilitate communication between locals better.