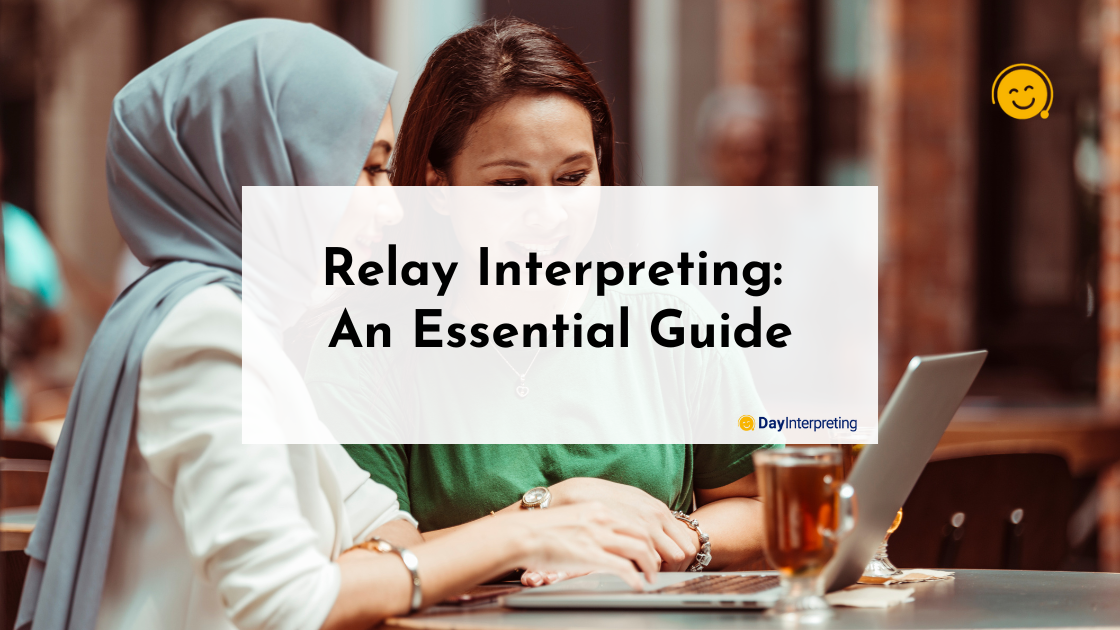 Relay interpreting, or indirect interpreting, is one of the many forms of interpreting services. Its seamless execution disguises its use, particularly in large conferences.

When relay interpreting is used, an interpreter listens to the speaker and translates the message into a language known by the rest of the interpreting team. They then interpret the message they received into the language spoken by each target group.

When Is Relay Interpreting Used?

Typically, multiple languages are spoken by different conference attendees. Often, the major languages spoken are English, Mandarin, Spanish, French, and German. This seems straightforward. However, in some conferences, there will be participants who speak rare languages. Sometimes, there are no interpreters available for a specific language pair. In these two scenarios, relay interpreting is often used.

Many conference organizers now see the value of relay interpreting when they are requested to find interpreters in many languages.

Relay Interpreting and Its Applications

To further explain the process of relay interpreting, it means that a proxy language is used when the direct interpreters between two languages are not available. If the working languages for a conference, for example, are Arabic, German and English and the event organizer cannot find an Arabic-German interpreter, the recourse is to book the services of Arabic-English interpreter and a German-English interpreter. You can see that the common language is English, which in relay interpreting, is called the pivot language.

Relay interpreting can be applied to large conferences where multiple languages are involved, such as UN conferences, but it can also be used in smaller meetings when there are no available direct interpreters for the working languages.

The process can be used for sign language interpreting as well. For example, in the United States, American Sign Language (ASL) is used. If a deaf person from a foreign country does not know ASL, he or she can use home signs or informal sign language. The deaf interpreter then interprets this into ASL, which in turn is rendered into English by an interpreter with normal hearing.

Finding the Best Interpreting Services for Your Needs

Worry about the other aspects of your event and leave the interpreting in the hands of the expert interpreters of Day Interpreting. We are a professional language service company that offers interpretation services and have the right technical equipment for meetings and conferences worldwide. Our team only works with highly skilled and experienced interpreters who always deliver accurate work. You can easily connect with us, as we are open 24/7, 365 days of the year!