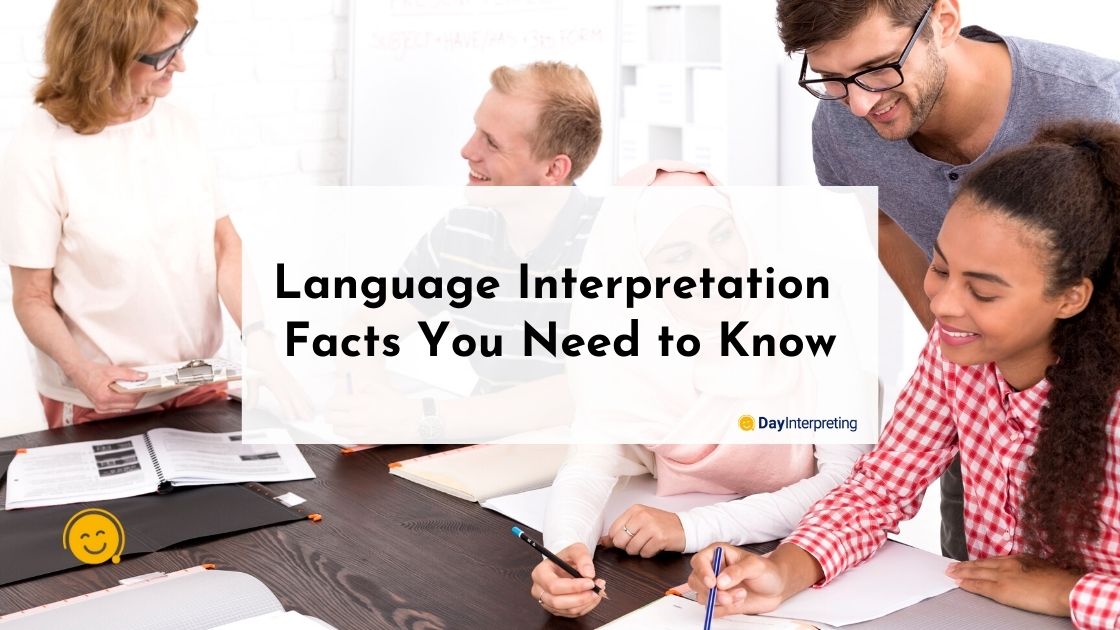 Languages are fascinating. And they can be the key to exploring the world through new eyes as you delve into different cultures, people, and their interesting perspectives. But for that, you need language interpretation!

Language interpreters, thus, play a vital role in connecting languages (and their speakers) with each other and the rest of the world.

Keen to learn more about the industry? Here are some language interpretation facts that might feel like food to the linguistic soul!

There Are Thousands of Living Languages

The Department of Linguistics at the University of Pennsylvania found that there are more than 6,900 languages across the world. From that number, about 2000 of them have less than 1000 speakers. This means that as language keeps evolving, the need for quality and professional language interpretation will continue to grow.

Around 93% of the world’s interpreters and translators work independently. They have benefits that include flexibility in making their own work schedules and having the freedom to choose their own assignments. Freelancing is a popular choice for many language interpreting specialists, but part-time work with agencies is also gaining traction.

The Romance Language is the Highest in Demand

You  might have heard about a famous female interpreter if you watched Night at the Museum! Sacagawea, a Shoshone interpreter, helped shape the history of the United States of America during the 18th century. She played a vital role in the Lewis and Clarke expedition in 1804.

The 15th of April is American Sign Language (ASL) Day, and it marks the day when the first deaf school was opened in the USA. They have been using ASL for deaf and hard-of-hearing individuals since the early 1800s, but it was only recognized as an official independent language in the early 1960s.

Just like any other spoken language, ASL also has polysemy. Polysemy means that a single word or phrase has more than one meaning. And in the case of ASL, it can be tough to interpret because two signs can look similar and differ only in slight hand movements, placement of the hands, the shape of the hand, and orientation.

Did you know that nobody knows what the last words that Albert Einstein said were? That’s because his nurse didn’t understand Einstein’s native language, which was German.

Interpreting Is as Ephemeral as an Insta Story

We all know that interpreting is an oral activity. But the fact that it’s not written means that our knowledge about the history of language interpretation is scarce! The information we do have comes mainly from chronicles, biographies, diaries, and memoirs. In fact, it took centuries for interpreting to be valued as a complex practice!

Slavery and Interpreting Once Went Hand-in-Hand

Successful emperors have always understood the power of language, and that’s why their languages followed them when their empires expanded. But during the Ancient Greek and Roman Empire times, slaves were expected to master a range of languages so they could interpret for the nobility.

Kidnapping Natives as Interpreters Was a Thing

From looking at stories like Columbus’ voyage, it’s clear to see that natives were kidnapped from a young age. Once enslaved, they were used as language mediators that also played key strategic roles in war negotiation.

The mission was to expedite the legal procedures in English, French, Russian, and German. The solution came from French-born American US Army Lieutenant Colonel Leon Dostert and a little help from IBM. He successfully developed the microphones and headsets used in the trails, and that was an invention that stuck around!

Interpreting equipment evolved over the years. The discipline itself became much more complex too. But language interpretation precedes the invention of writing and is an ancient human practice.

Today, interpreting is backed by science and performed using a unique methodology.  Consecutive, in-person, whispered, or video remote…there’s an interpreting solution for every need here at Day Interpreting!