Is Body Language a Universal Language? 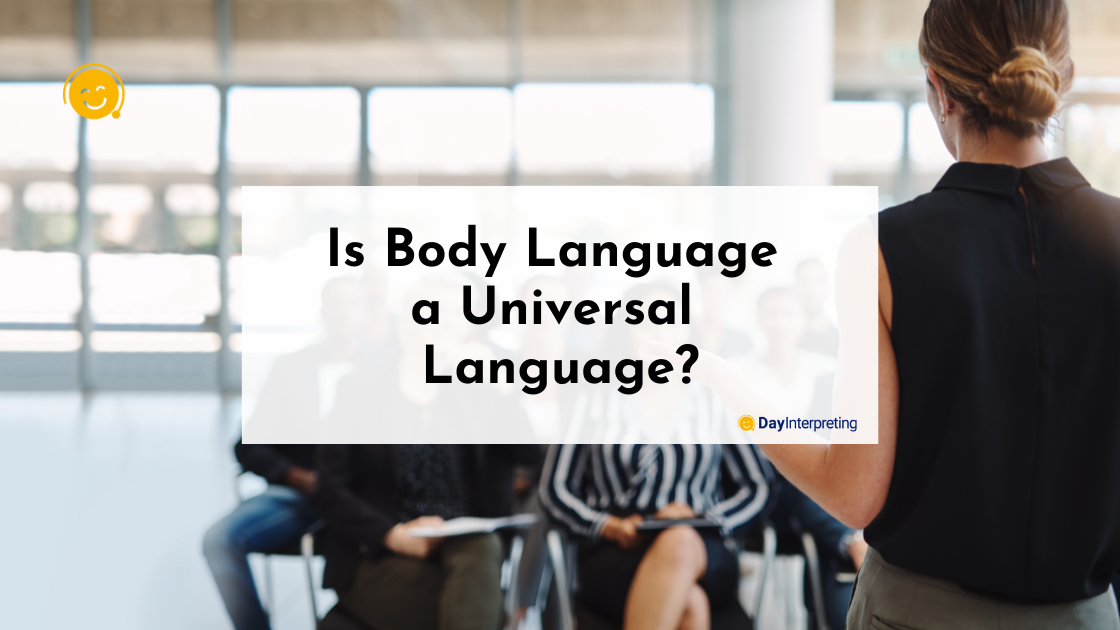 Regardless of what your native tongue is, there’s one other language you also speak: body language. Even though you might not be aware of it, the way you present yourself affects how people understand you and vice versa. But what exactly is body language? And more importantly, is body language a universal language?

Technically speaking, anything from waving to facial expressions and using sign language can be considered as body language. Why? Because you use your body to do it. But the deeper study of body language, also known as kinesics, investigates the influence of gesture and posture on communication.

Invented by American anthropologist Ray Birdwhistell in the 1950s, kinesics doesn’t really form part of linguistics. But the study is loosely based on the field of descriptive linguistics. Instead of being built on phonemes (sounds) like spoken language, kinemes (a unit of movement) form the building blocks of body language. This includes the use of facial expressions.

Researchers don’t view body language as a language on its own. Instead, they see it as a tool that supplements the meaning of verbal languages. Expressions like rolling your eyes and crossing your arms pop up as the most obvious forms of body language. However, there’s a lot more at play here. Proxemics (how close people stand to each other) and haptics (the use of physical touch) also form critical aspects of kinesics.

Did you know that up to 80% of communication is nonverbal? Some say it’s more like 93%. Others argue that it’s an even 50/50 split between verbal and nonverbal. But the role of body language is more important than any percentage.

Is Body Language a Universal Language?

It’s true that some gestures and body movements are culture-specific. Yet, it’s worth exploring whether more subtle non-verbal communication gestures are recognizable across all cultures and traditions. Birdwhistell didn’t believe that there were universals to body language in human behaviour. But modern research indicates some cross-cultural recognition in body language. The same rings true for sign language.

In 1971, Paul Eckman studied Papua New Guineans who had little interaction with the outside world. He found that these tribal people could tell what Americans felt based on their facial expressions. Other studies indicate that seven basic emotions transcend someone’s upbringing.

Body language and nonverbal communication play an essential role in language learning. Because it aids in creating a deeper understanding of the language, language learners need to understand how to incorporate body language when learning a new language. Even if your vocabulary is limited, you can fall back on body language to help you translate an idea in your head. Certain gestures remain universal, like a smile and even something as crude as the middle finger. Body movement and body posture play critical roles in human communication.

There is some evidence suggesting that universal expressions might be biologically encoded. Take newborns and blind people as an example. They both use expressions in the same way as adults that have perfect vision. Pain causes facial expressions of anguish. Bitter tastes cause expressions of disgust. But it’s only when it comes to the expressions that involve facial muscles and movement of other body parts where things tend to differ depending on cultural settings.

Essentially, body language plays a vital role in communication. And far too often, we take its importance for granted. Although it’s not an exact science, your physical cues can help people better understand you and vice versa.

At Day Interpreting, we go above and beyond just analyzing and translating verbal language. We understand the vital role that body language plays in communication. For this reason, we always ensure we capture the emotional aspect of verbal and nonverbal communication during interpreting sessions. Keen to learn more about the way we work? Get in touch with us today!