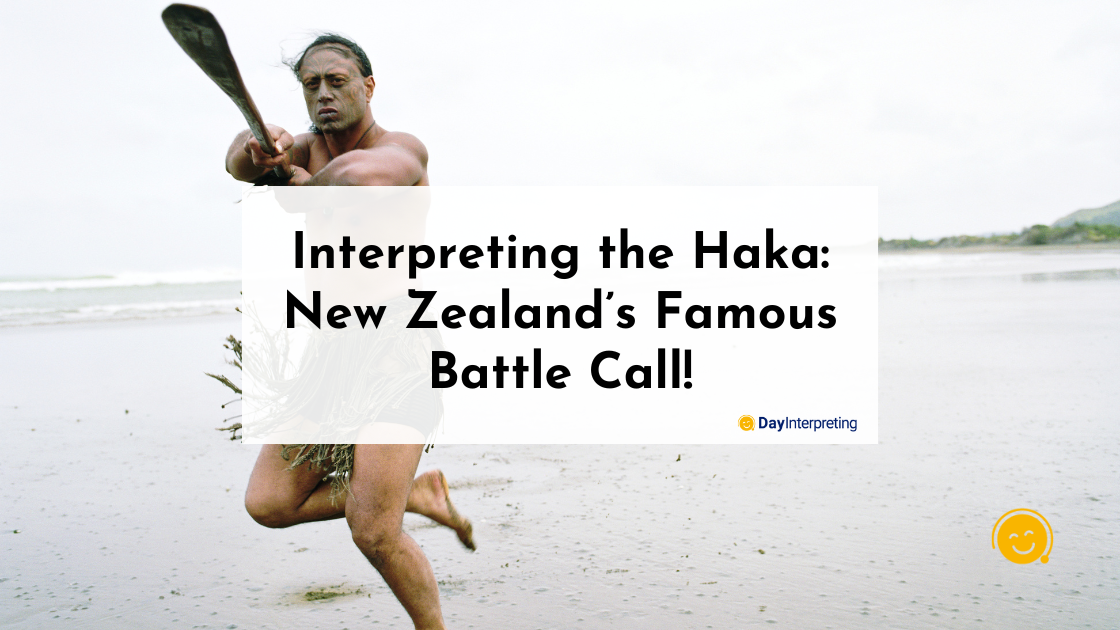 New Zealand is a country that has kept many of its traditions alive. One of these is the haka, a cry, challenge, or dance that the Māori people performed. It is a type of posture dance characterized by shouted words, vigorous foot stomping, and arm movements while standing in formation. This is a tradition that is performed by the country’s rugby teams.

The Haka became internationally known by the performances of the national rugby teams, the All Blacks (rugby union), and the Kiwis (rugby league), before the games they play overseas, including the World Cup, Four Nations, and the Rugby Championship. And in today’s blog post, we’ll be looking at interpreting the Haka!

Understanding and Interpreting The Haka

The traditional haka is not only a dance for war. It is also a traditional form of greeting that men do not perform exclusively. The haka that the world knows, as performed by the rugby teams from New Zealand, is just one form. Children, women, and mixed groups are allowed to do the haka. It’s the traditional way to greet important guests, as another form of amusement, and for acknowledging outstanding achievements and momentous occasions.

The haka for war or challenge is called by Māoris as peruperu, and it is meant to be intimidating, with fearsome facial expressions including showing the tongue and whites of the eyes as well as strong arm movements and gestures and equally strong foot stamping. It is a way to show the warriors’ strength, bravery and courage. The movements and the chants used in hakas are always pertinent to the purpose and occasion.

The haka called Ka Panapana, is performed by women, most prominently by the Ngāti Porou peoples from the Gisborne and East Cape regions of New Zealand’s North Island.

Revival Of the Haka

The traditional haka was very effective in rallying tribe members about to engage in intertribal wars but the war dance, although frightening was no match for the firepower of the conquering Europeans. Soon the Māori tribes lost their lands and most of its people.

It took the massive efforts of Apirana Ngata to preserve Māori language, traditions and customs, in his capacity as Minister of Native Affairs in 1928. Today the haka is considered a symbol of the unity of New Zealand and the country’s icon promoted internationally by the Kiwis and the All Blacks.

The Haka Outside of New Zealand

New Zealand’s “haka” is being adopted by other people and communities. University of Hawaii’s American football team has its version of the haka. The Highland Rugby team of Euless, Texas also has its own, as well as the British-American football teams, the Coventry Jets and the London Olympians from the United Kingdom. These teams have several players of Polynesian ancestry.

Schools in the U.S. and other parts of the world also have their own version of the haka. The Taeao family created a special haka for Liberty High School in Las Vegas, Nevada. Coach Sean Callahan created an English haka for the Hawks team of Armwood High School in Seffner, Florida.

Other football teams from different schools perform a haka for home games or before every game their team plays, such as Mesa High School (Arizona), University of Arizona, Bingham, Hunter and American Fork high schools, and Brigham Young University and Kuala Lumpur’s Victoria Institution.

Wrapping Up Our Take on Interpreting the Haka

Now that you have a deeper understanding of New Zealand’s Haka, you can have your own swing of interpreting the Haka when you see it being performed again! It’s a fascinating cultural tradition that must be preserved in the same fashion as the country’s indigenous languages. Here at Day Interpreting, we’re passionate about all things language and interpretation! Did we miss anything? Be sure to let us know in the comments!